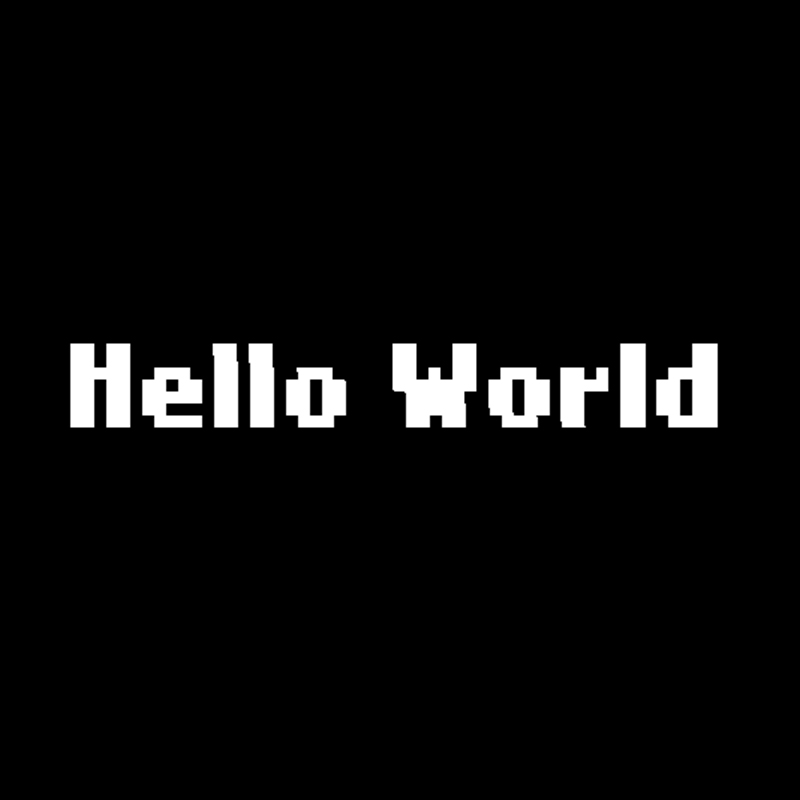 In the game design lecture by Jesse Schell this past week, he identified two major categories of characters in video games: players’ idealized figure on one hand and the more blank, abstract slates on the other. In mentioning the advent of sophisticated artificial intelligence, he went on further to suggest a shift in interactivity between the ingame characters and the players. This entails not just change in relationship but also change in communication. Would our virtual avatars become our companions instead? It is a tantalizing thought, but it begs the following question: if the relationship between the virtual character and the player is personalized, how would they then communicate?

Over the past half century, video games have explored various modalities of communication. The earliest was in the form of written communication, as in the commonly known phrase “Hello World.” Like literary novels, information exchange was facilitated through text dialogue and memo. As Scott McCloud describes it in his book Understanding Comics: The Invisible Art, words, as opposed to pictures, are the epitome of perceived information, and as such they bear meaning within the player’s imagination. However, the unique affordances they lend have allowed them to persist in video games of today. An interesting example is Dark Souls 3, where the players are able to leave ingame memos to lead (or mislead) other players. The fact that the communication is retained within the game instead of being outsourced onto online websites, enables the players to engrave their contribution into the game experience.

As video games further matured as storytelling media, more and more vocal modalities were introduced to provide more opportunities for the players and the characters to express themselves. However, this approach suffered many consequences, as the incompatibility between the players’ voice and their respective avatars often broke players out of immersion and the often unregulated voice chats exposed players to annoying profanity.

Pseudo-vocal communications were then implemented to serve as supporting methods of ingame communication. In limiting the players’ freedom of speech within the game, the method avoid the majority of the drawbacks of voice chats but also ensured a more diegetic expression in support of the players’ immersion. For example, the non-playable characters’ (NPC) indiscernible mumbling in The Legend of Zelda: Ocarina of Time helped in imbuing personalities into the characters while eliminating the need for synchronizing it with a particular language. On the other hand, in a multiplayer setting like OverWatch, the list of voice commands offers the player a variety of emotional expressions within the game.

With the advancement of motion tracking and character animation technology, there is now an ample opportunity to communicate without words or voices; a virtual body language. As the players gain more control over their avatars’ behaviours, they begin to develop a form bodily expression through movement and gestures. As can be seen in the game Left4Dead, the players’ characteristics can be determined not just by their appearances but also by observing their behaviours. A cautious, cunning player would remain crouched and avoid fields of sight, whereas a spontaneous, daring player would stealthily sprint across the open field.

With facial detection, it is now even possible to capture the subtleties of facial expressions that were previously unavailable. For example, the Uncharted series avoid the pitfalls of the uncanny valley and succeed in attaining realism in its characters; the subtleties n the mesh distortion allowing the characters to portray a wide range of emotions.

With this library of communication modalities at our disposal, it brings up the question which form player-avatar communication would take. In my opinion, it is hard to imagine a natural conversation where the dialogues are primarily binary-based, consisting of yes / no responses from the virtual character. Players in this sense would have to abdicate a direct control over the characters, and engage with them in a more indirect, nuanced manner much like human-to-human communication.