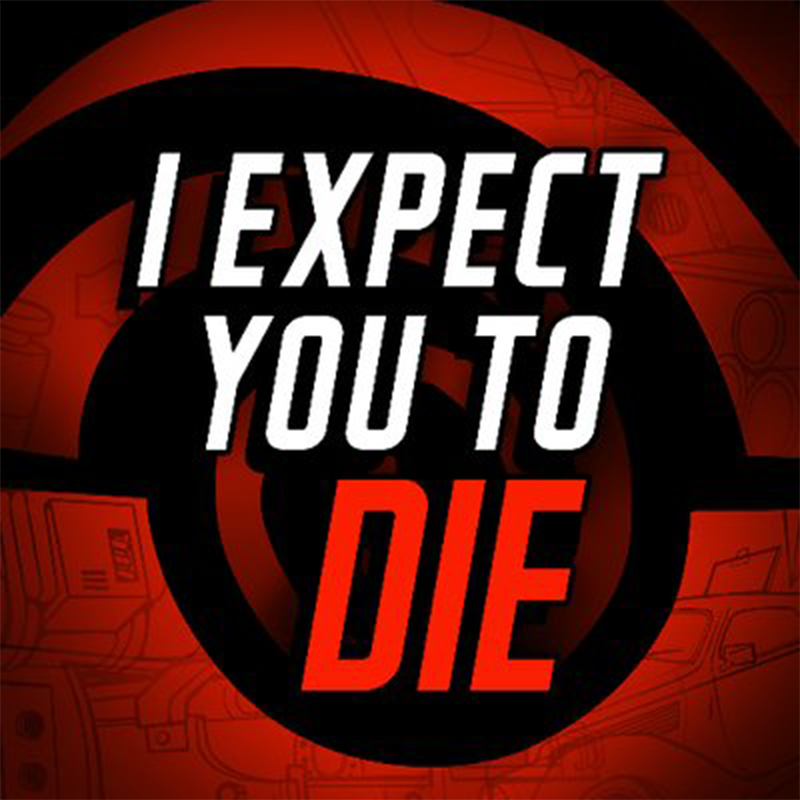 I Expect You to Die: Design Analysis

I Expect You to Die was the first puzzle-solving game I’ve played in Virtual Reality. The game was developed and published by Schell Games, instructed by Jesse Schell who instructs the Building Virtual Worlds and Game Design course here at the Entertainment Technology Center. I figured I’d check it out. What follows is a documentation of the mental notes I’ve made while I was playing through the game.

-There were Fun, interactable and edible objects (hats to wear, cigars to smoke, lighter to light, champagne & tea to pour & drink, sandwiches & donuts to eat, window cleaner spray) that give sense of the world and encourage the Player to role-play.

-Each succeeding level dealt with different spatial configuration, and with increasing difficulty in the challenges presented.

-The objective is clearly introduced in the office prior to beginning each level.

-The real-time voice feedback from the British Accomplice gave meaning to the Player’s actions as well as being humorous and amusing.

-The sound effect feedback in completing each important puzzle-solving step assured the player of his/her progression.

-Most gameplay hints were provided in the form of written documents. This helped in clearly distinguishing between information / hint manuals versus the tools & objects with gameplay affordances.

Level #1: Driving a Car out of a Plane

-Eye Scan Laser gave a clear indication that the Player can dodge certain projectile attacks by moving around their head.

-The Poisonous Gas gave a clear indication that the Player can recover from the poisoning by blocking out the gas.

-Use of the defused bomb dynamite to arm the cannon felt clever.

-Wasn’t sure what the gun was there for in the back seat.

-It was not immediately clear from the manual that defusing the bomb required direct reversal of the arming procedure. I followed the same order the first time, and died.

-The roleplaying aspect of pretending to be the window cleaner felt interesting to act out.

-Using corrosive chemical in both the beginning and at the end of the game felt pleasing.

-The clarity of the content colours in the combined chemical made it easy to relate to its effect.

-The guard shooting from the back was unexpected.

-The use of combining elements to create different chemicals with different effects was interesting – yet the combinations you could try without dying from explosion was very limited.

-It was not immediately clear that I couldn’t just detonate the virus using the explosive chemical. I was confused why I could not avoid the virus gas drawing the curtain down as I did before.

-The use of the Ice Box was not immediately clear – tried freezing the chemical.

-The security laser rays were only visible at certain times (due to gas?).

-The repetitive use of certain objects gave me a sense of mastery over the game’s affordances.

-Fire Extinguisher was used for:

-Glue Gun was used for:

-The Metal Rod was used for:

-The Water Pipe was used for:

-It wasn’t immediately clear what the air pressure problem was and how to turn the knob using the bottle opener.

-The final self-destruct countdown did not give an adequate amount of time for the Player to salvage the ripped paper to fetch the combination. Also, even in the case I had the combination, I tried to manipulate the combination using the Telekinesis mechanic, which made it difficult to change the numbers by controlling the knob. This caused me to run out of time.

-Hinting out the Vault Combination numbers + their orders through the portrait painting.

-The Laser-Dodging during the Machine Operation felt fun.

-Calibration mechanic of the Jewels felt good and with adequate increasing difficulty.

-It was not clear on how fire can be used to detoxicate the deer’s poisonous gas.

-The Lever-Book blended in too well with the surrounding books, making it hard to identify it as a special object.

-The presence of whiskey (or scotch?) demanded to be drunk, however there was no cup.

-The setting was excellent and grand; sitting on the side of the mountainside inside a train cabin

-The dynamic spatial audio of using the telephone felt interesting.

-In comparison to the previous levels, the DLC felt a bit “escape-room”-like. Most of the puzzle solving involved reading wallpaper patterns off the objects and pressing the buttons accordingly to reveal the hidden cabinets / drawers.

-It wasn’t immediately clear what the grenades from the drawer were for.

-It wasn’t immediately clear why the Player couldn’t use the Telekinesis mechanic to dispose of the vehicle block in the distance and also the Fighter Plane.

-Due to the nature of the conversation, I thought the enemy was in Cabin 6, not Cabin 5. (why does violin allude to this fact?)