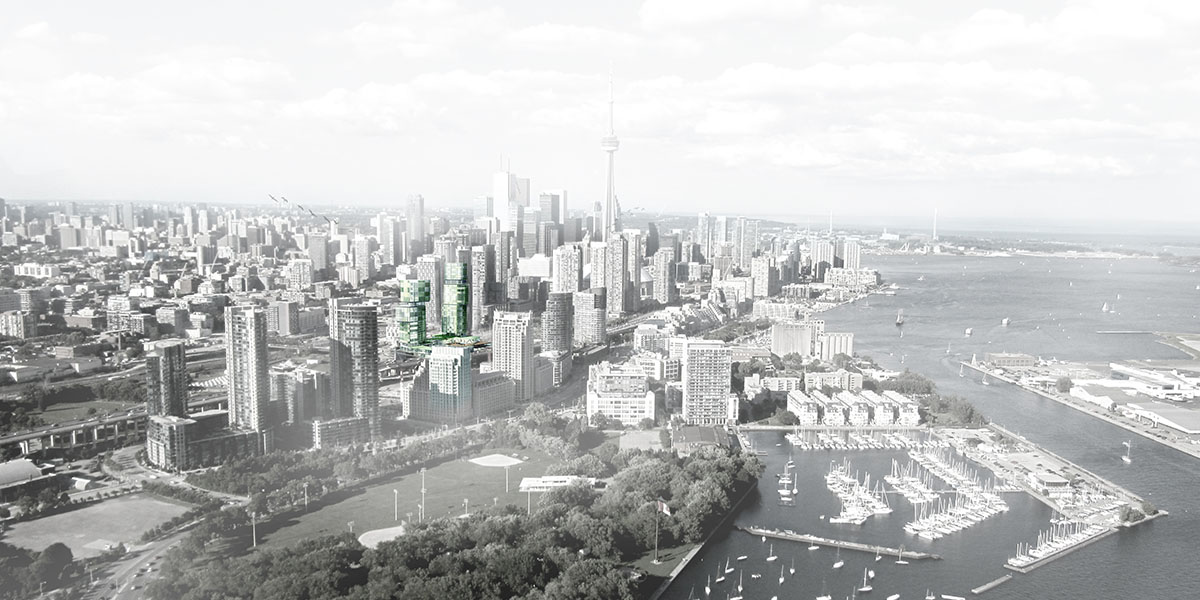 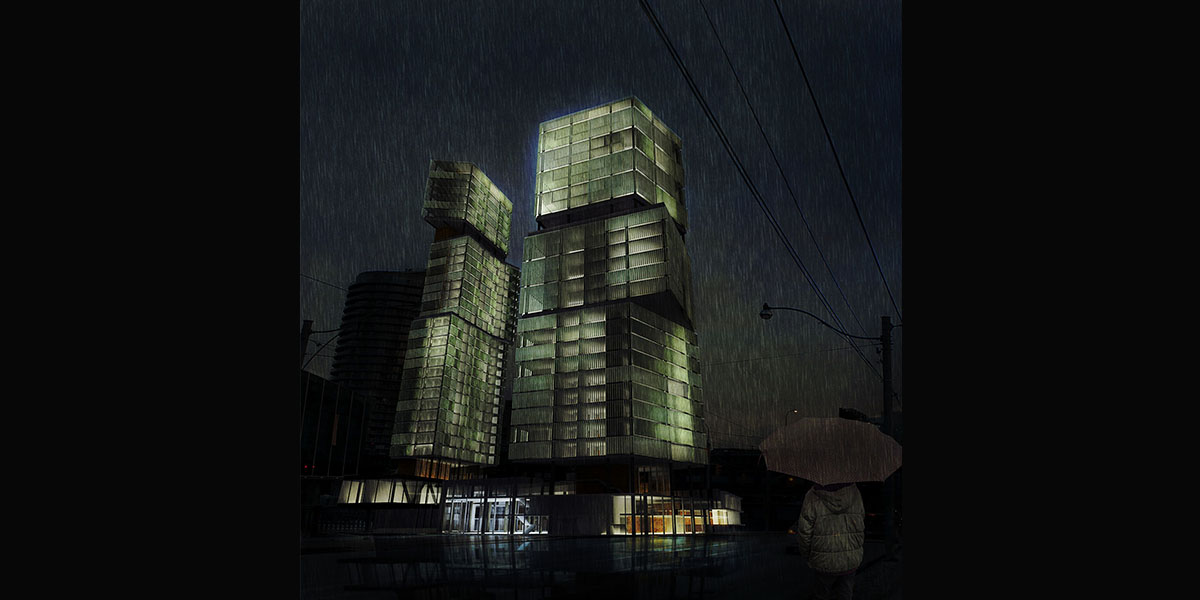 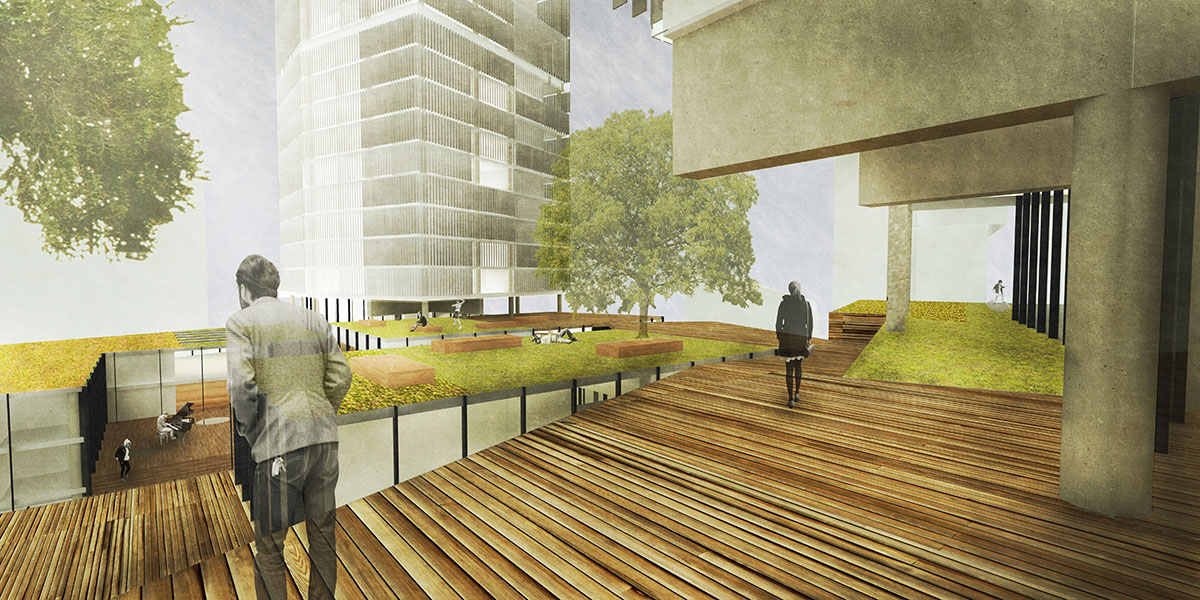 The following is a proposal for the development of a mixed-use building located on the corner of Bathurst St and Fort York Blvd in downtown Toronto. The central scheme of the project revolves around an exterior public plaza and plateau, where by designating the site into four parcels and treating the groundfloor massing as different buildings, alleyways and public plaza were introduced to allow generous groundfloor perforation. This layer of pubic space is then bled into the building by a public bathhouse, in which layers of intimate spaces were created to remediate the tension that exists between the occupants and the general public. This gesture aims to energize the building fabric and occupancy through fine grains of social interactions. 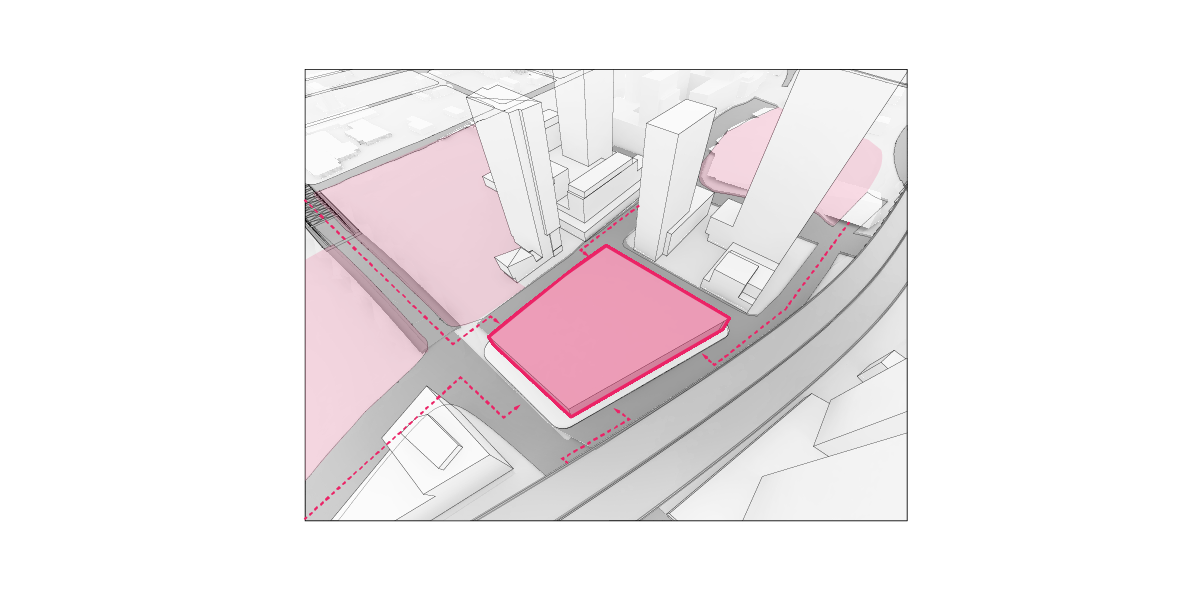 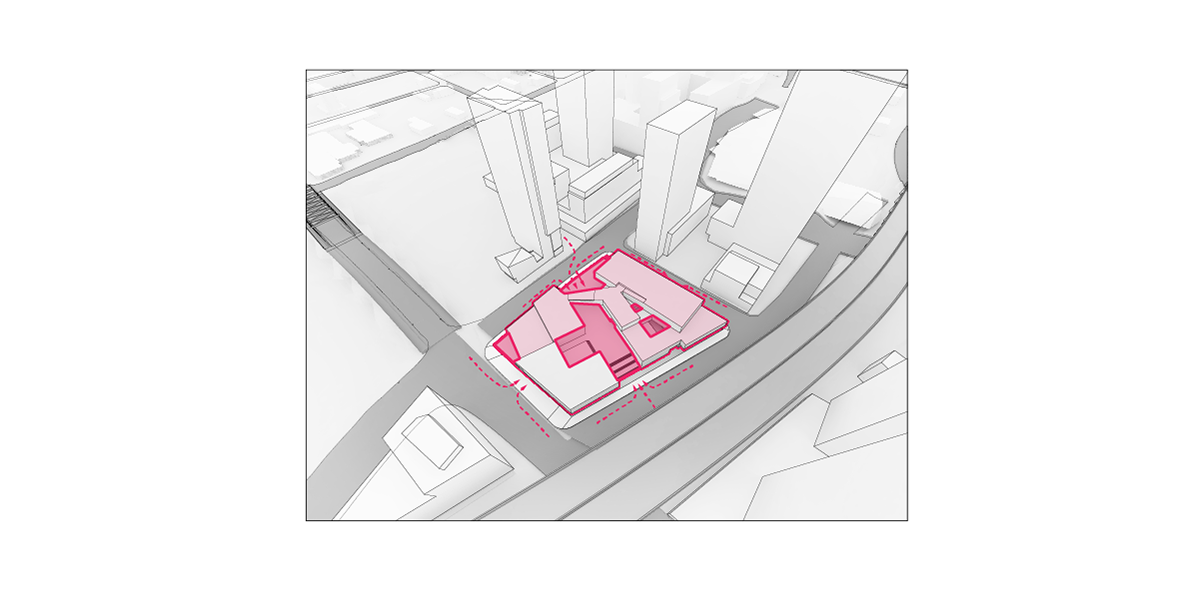 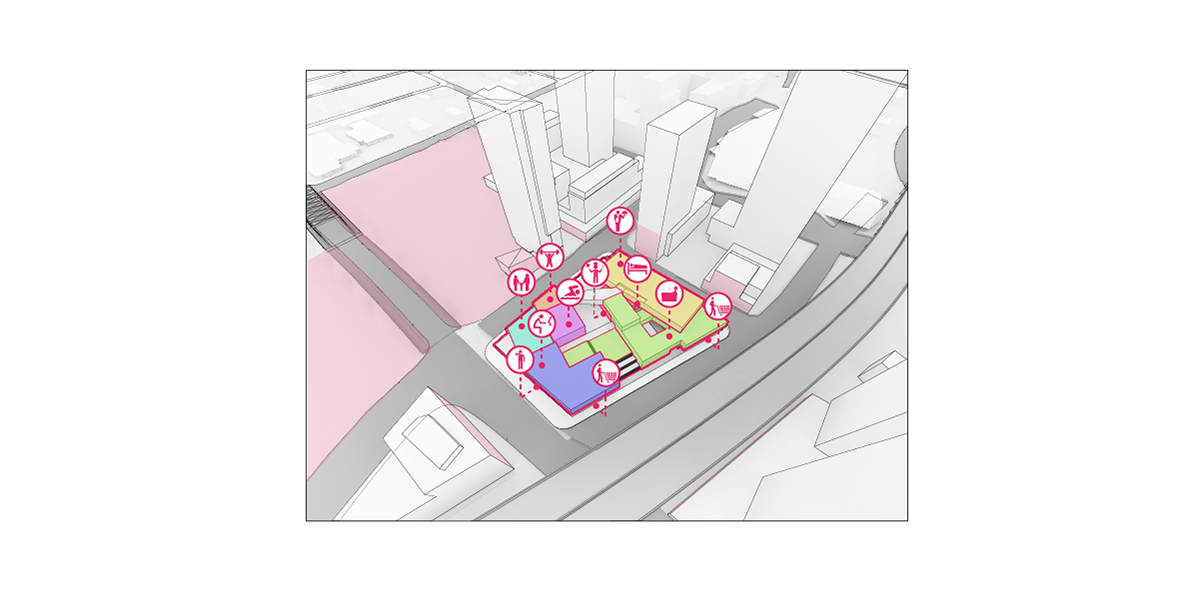 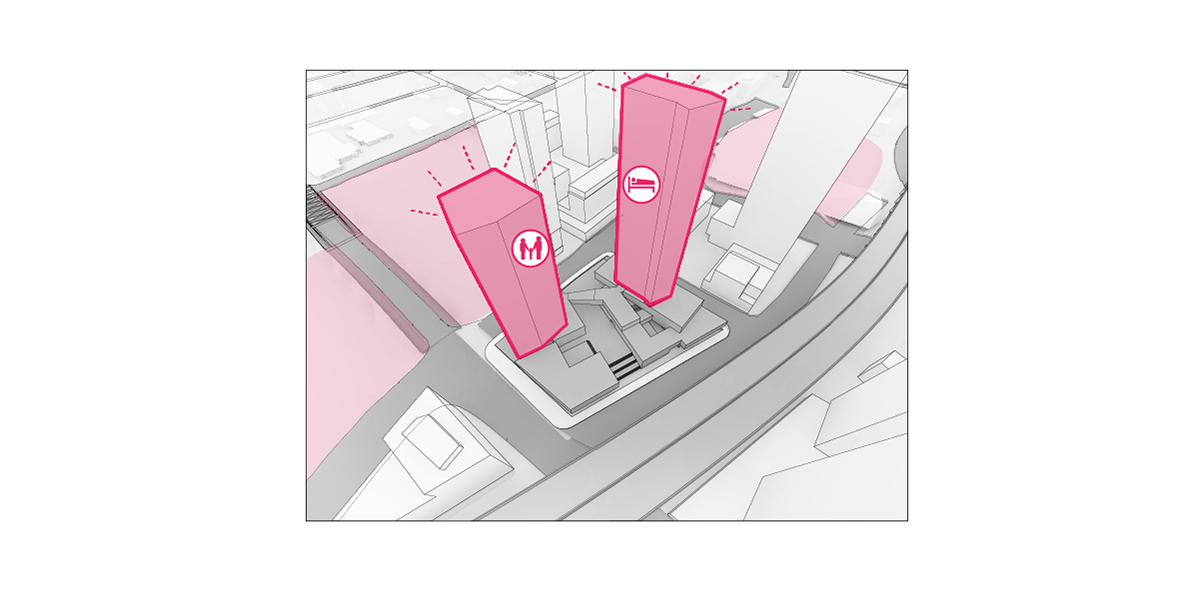 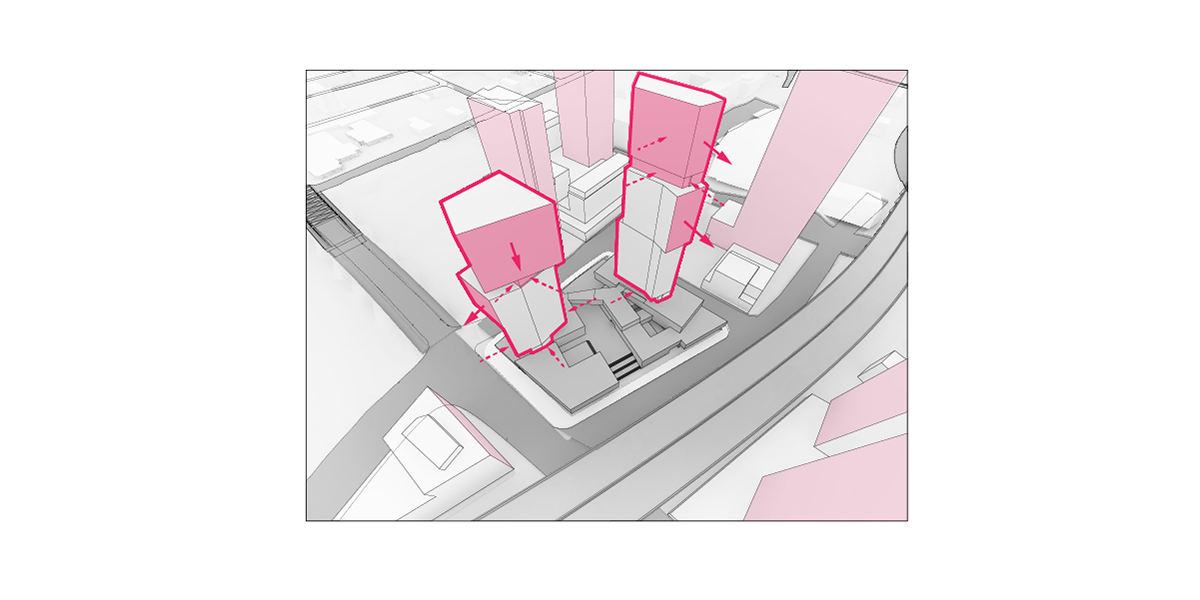 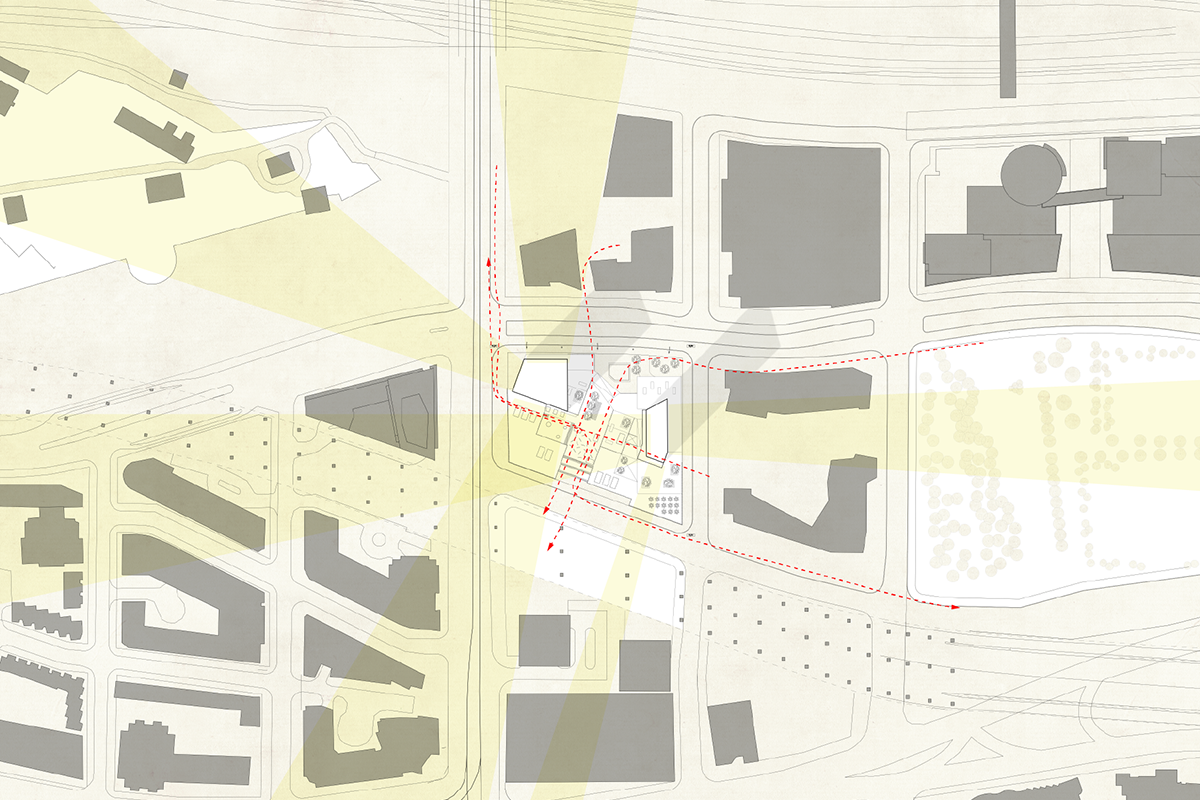 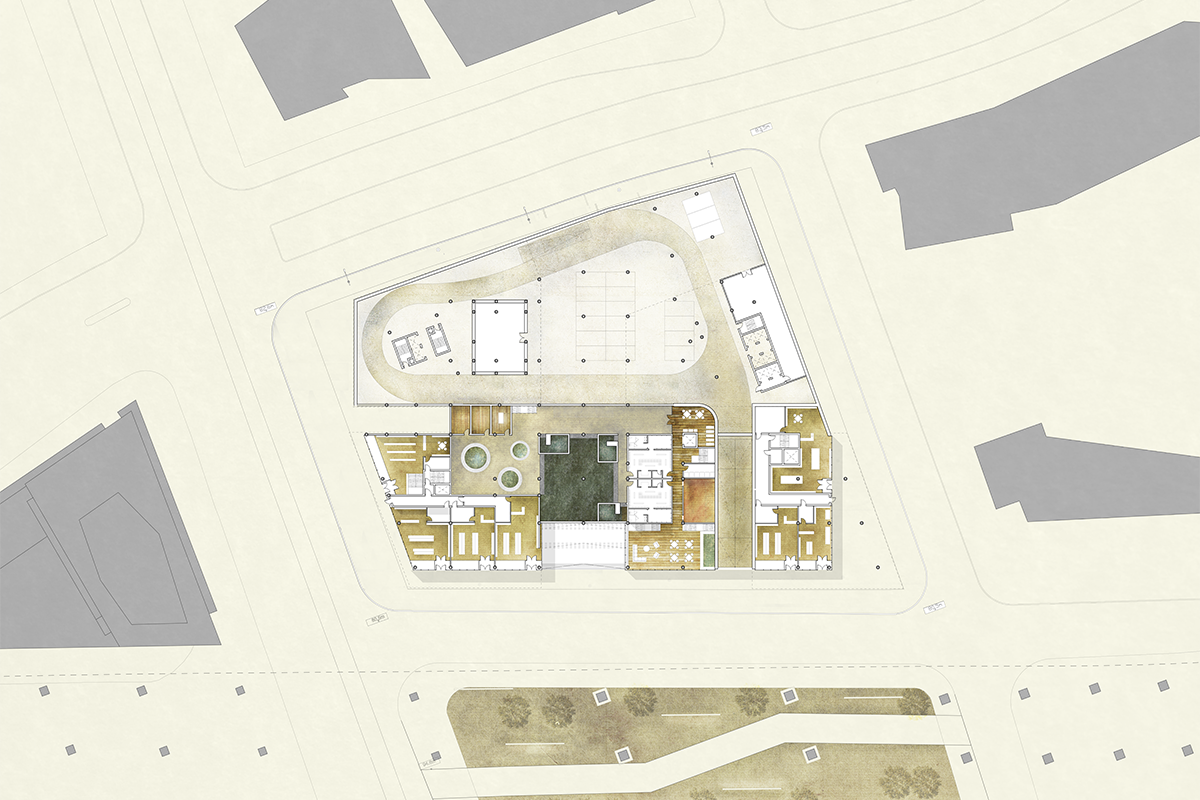 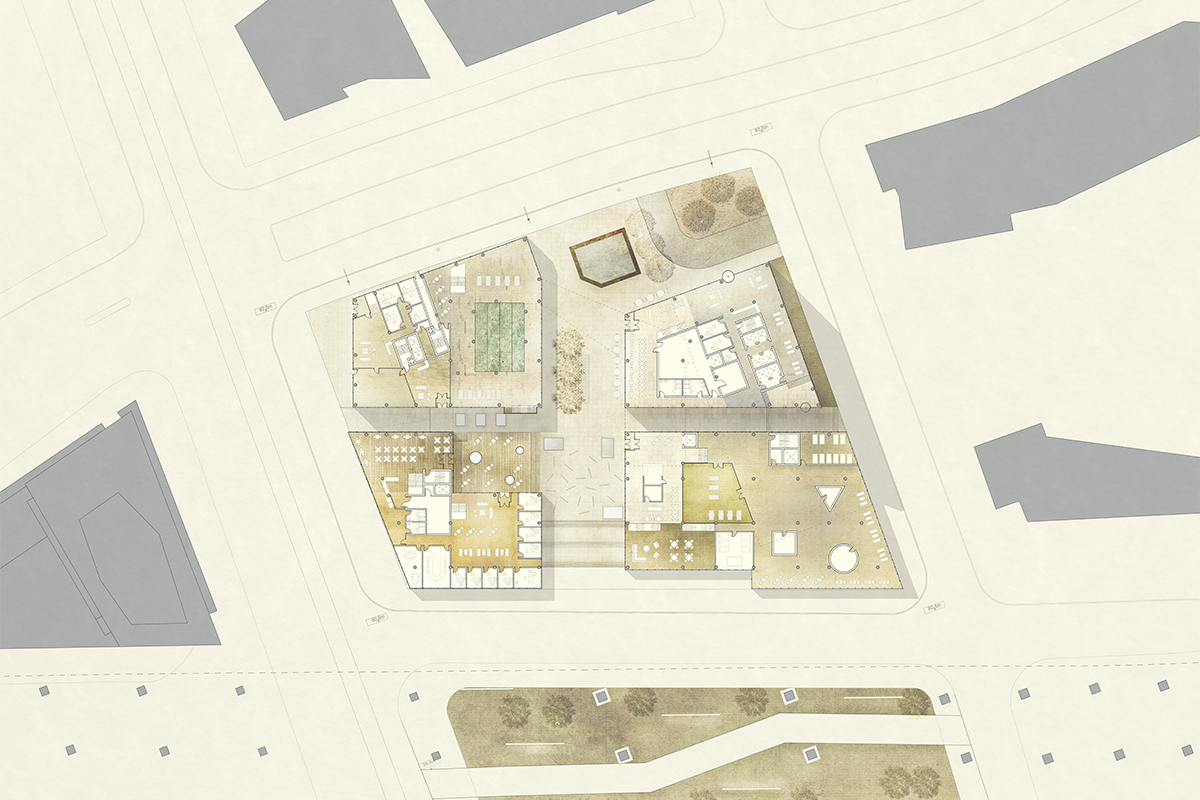 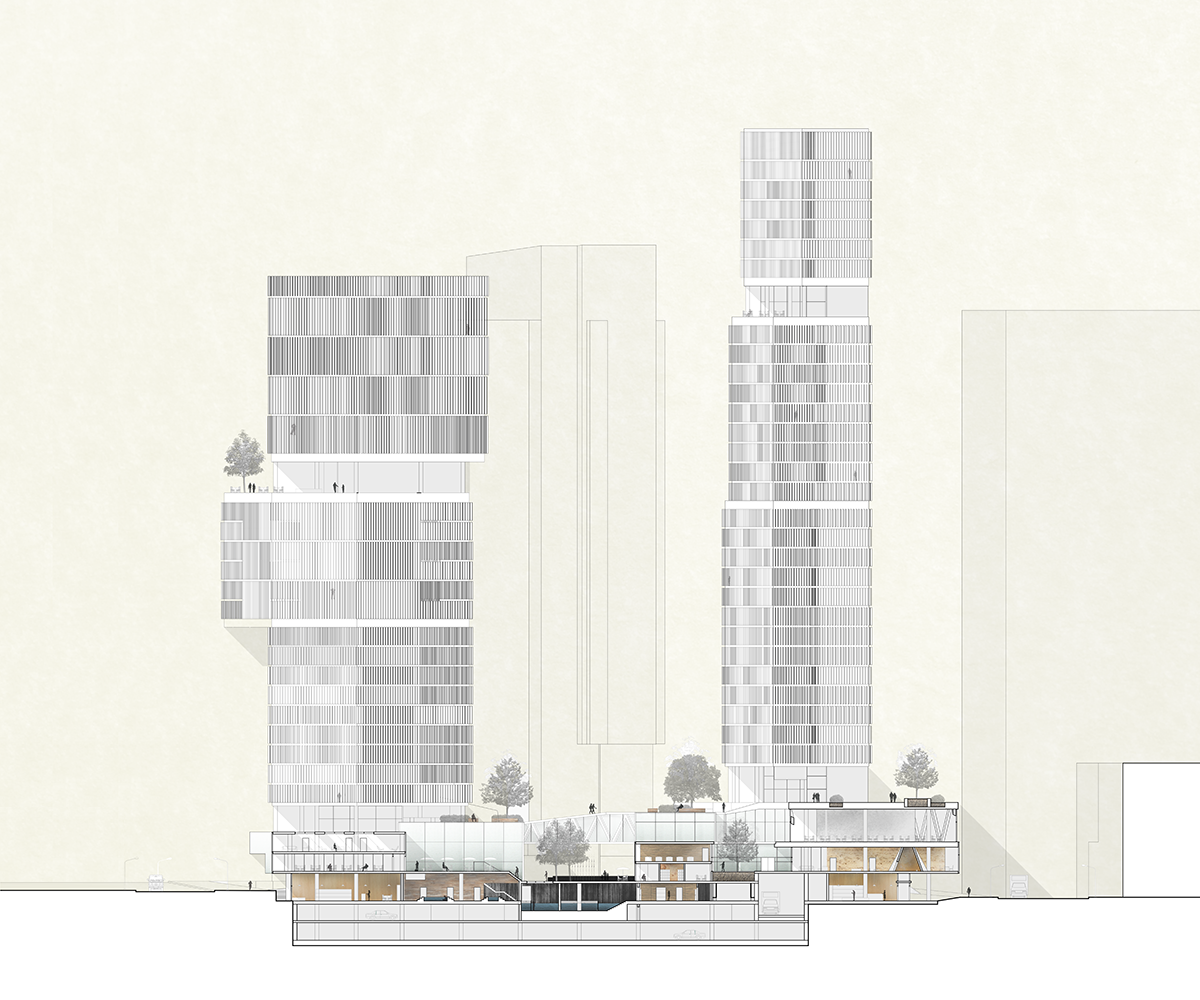 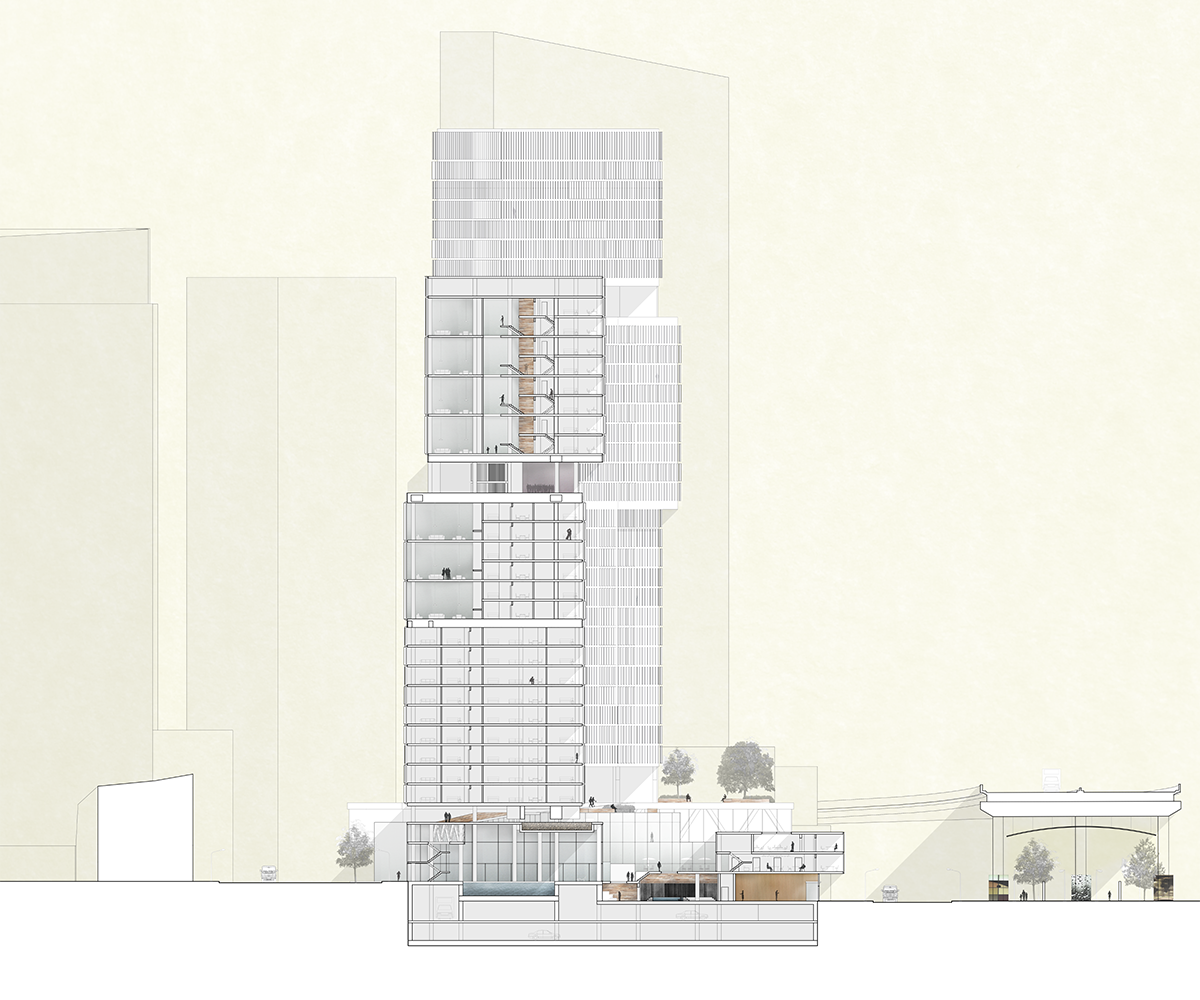 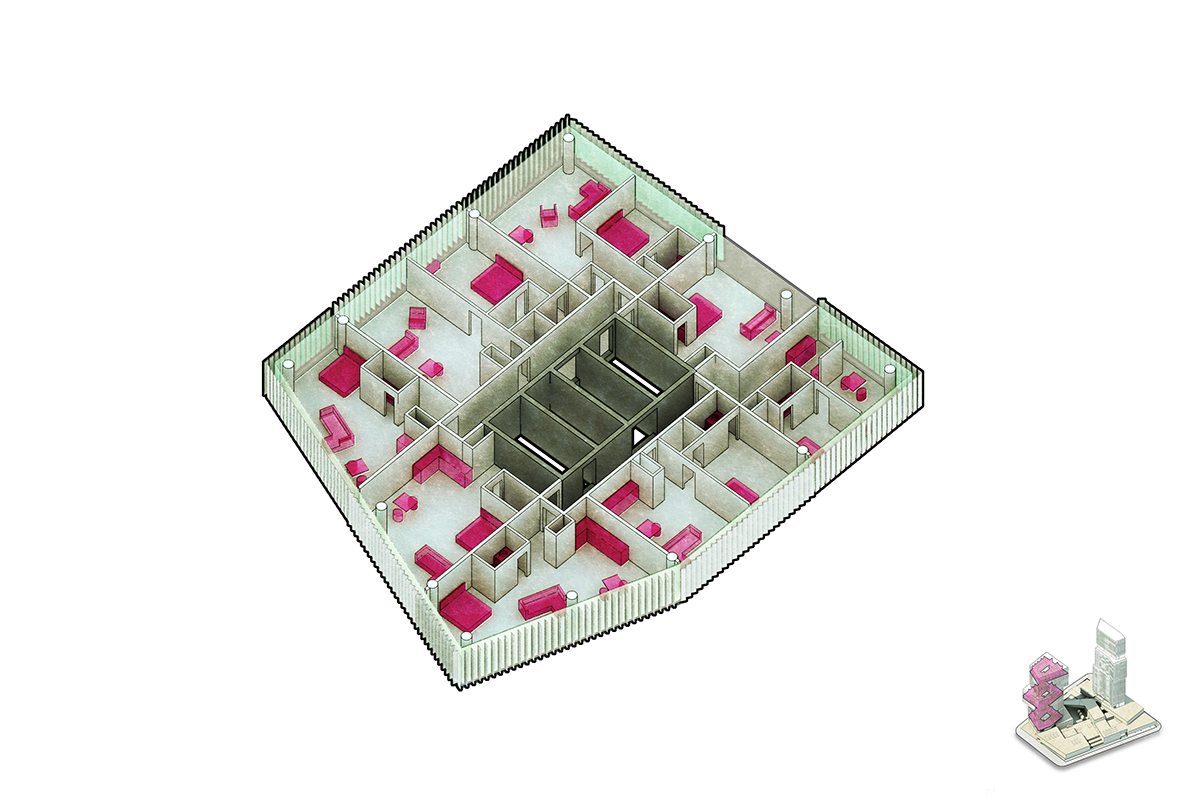 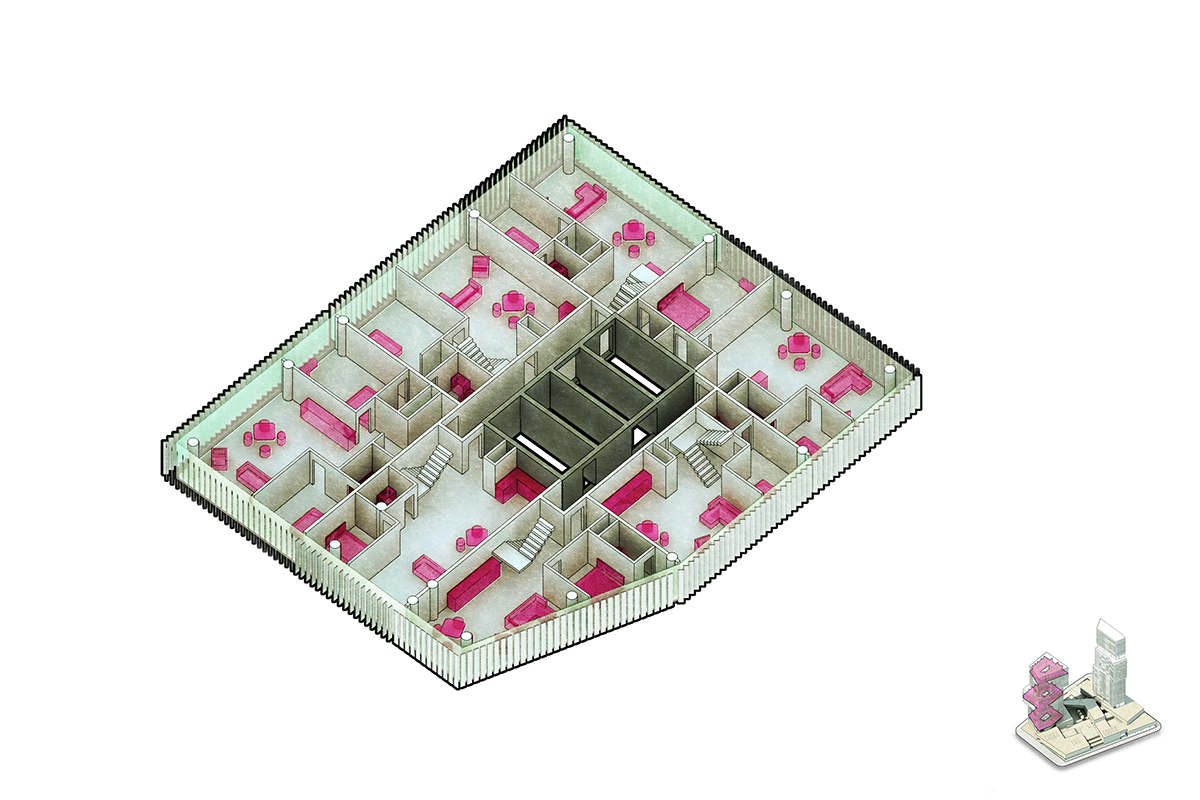 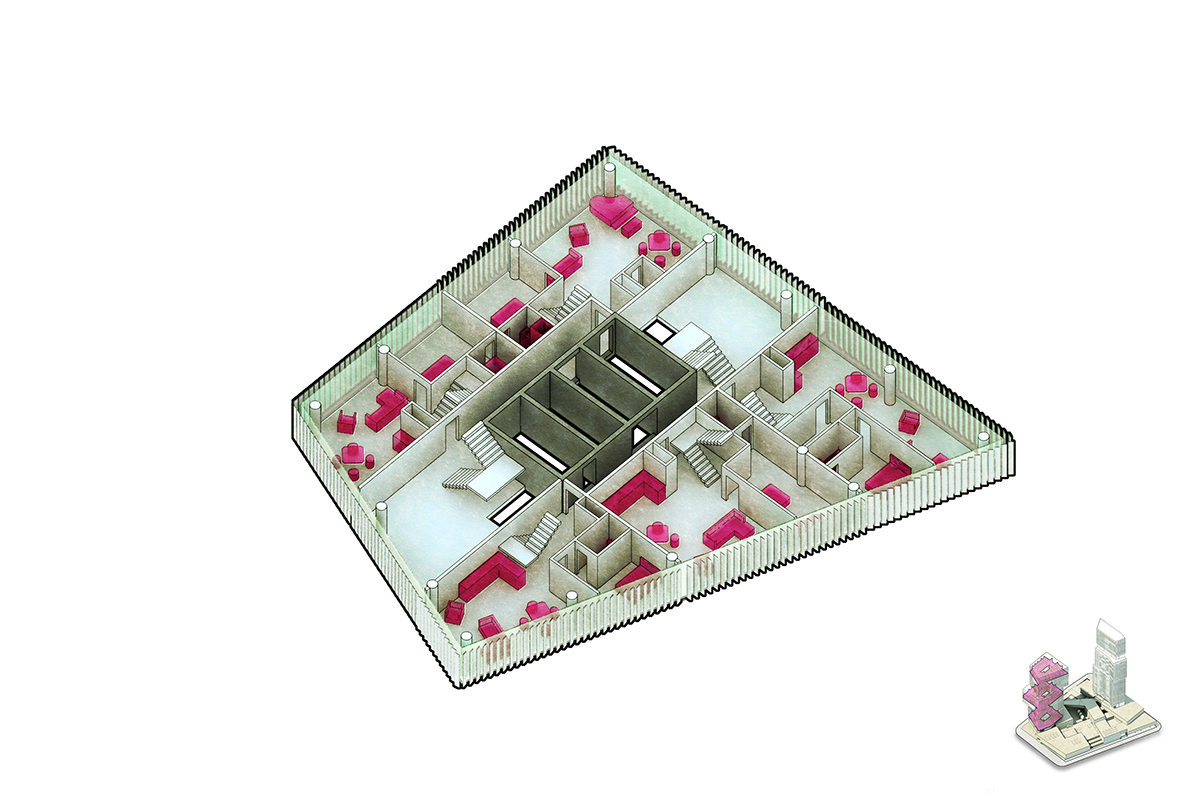 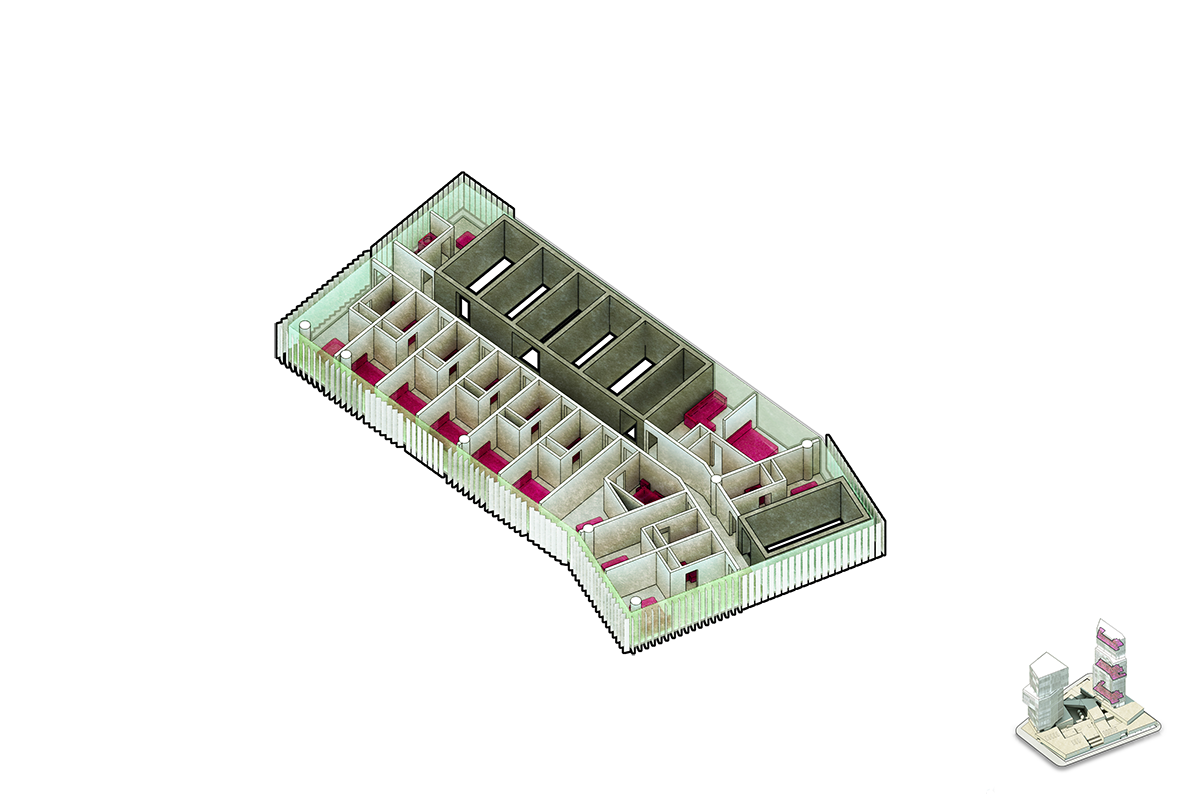 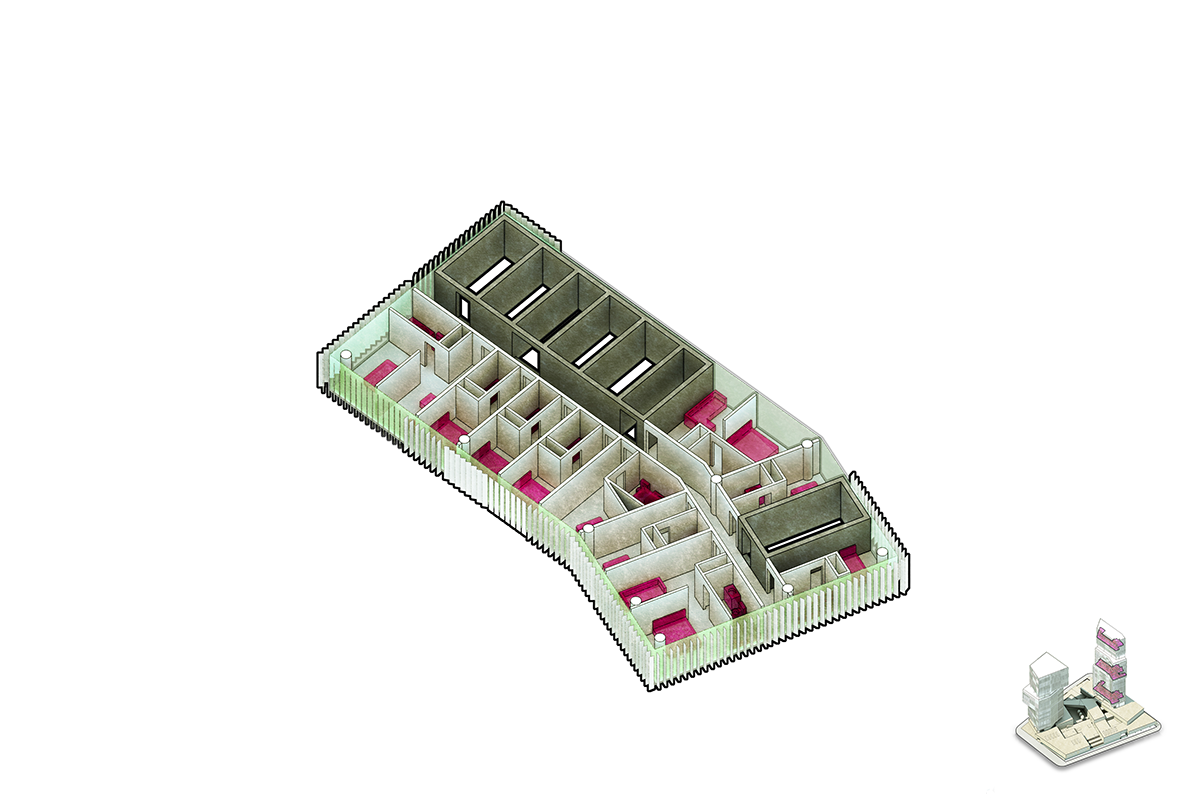 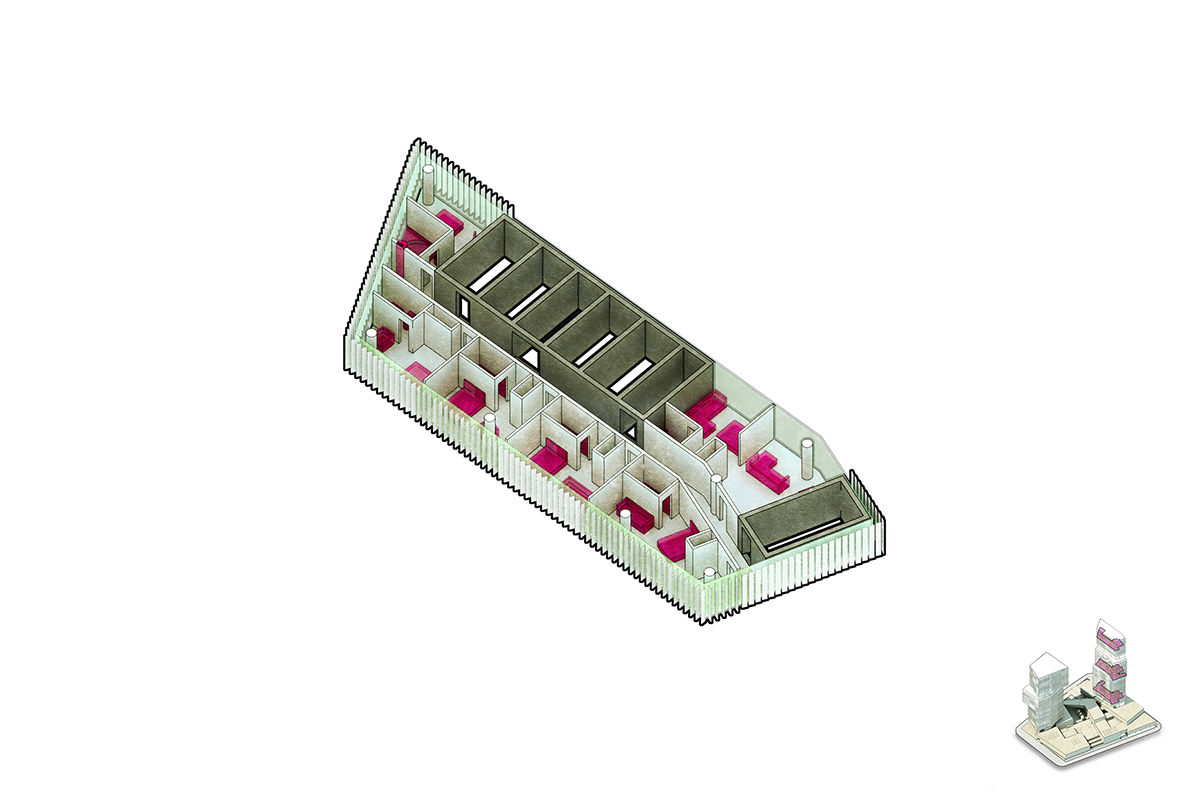 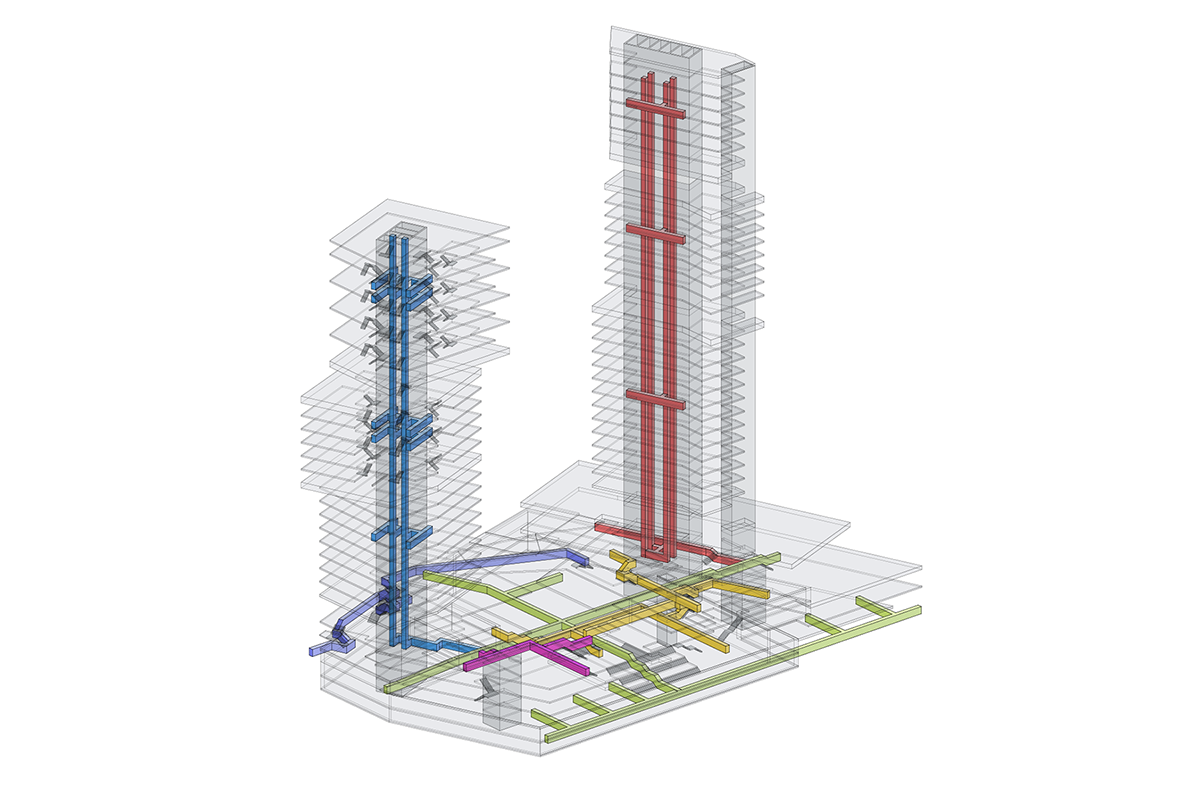 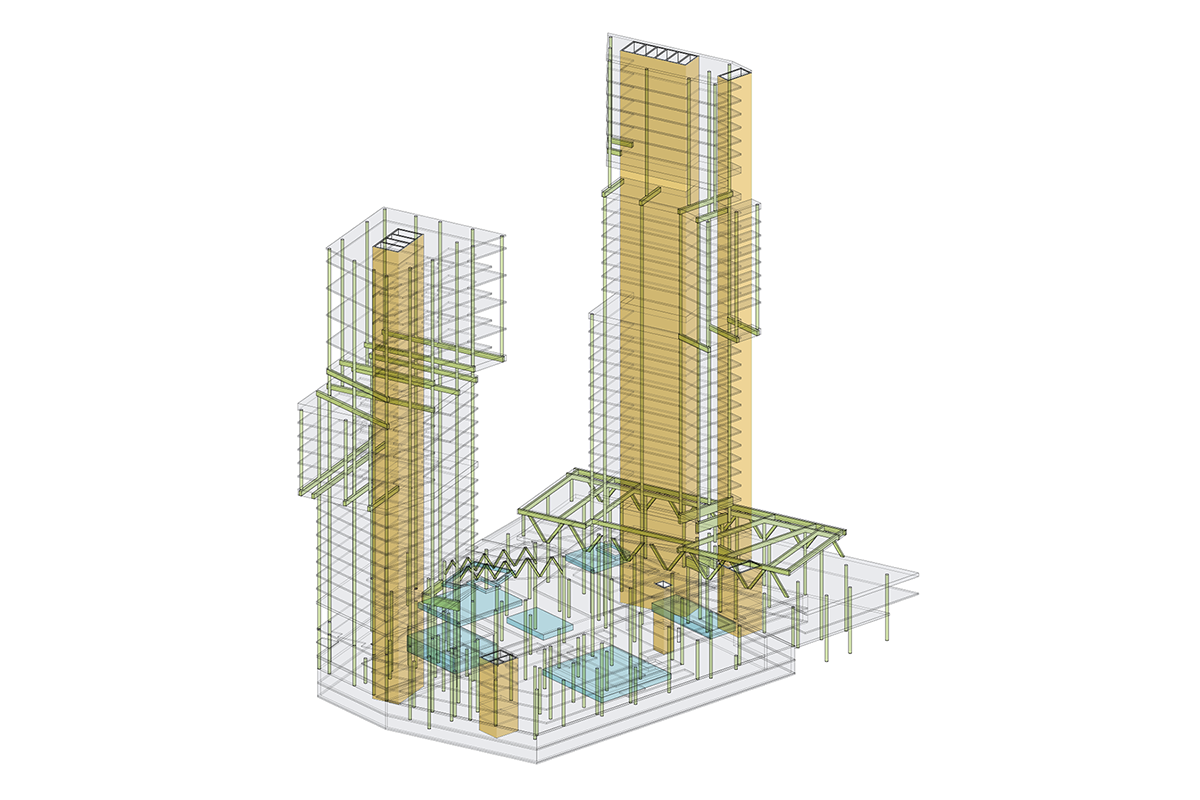 The structural skeleton mainly consists of standard concrete construction, with two cores for the residential and hotel towers. Transfer beams were used to minimize cost and simplify building assembly.

The circulation of different user groups were controlled by implementing multiple access points around the site. However, there are opportunities for connections between programs within the building fabric. 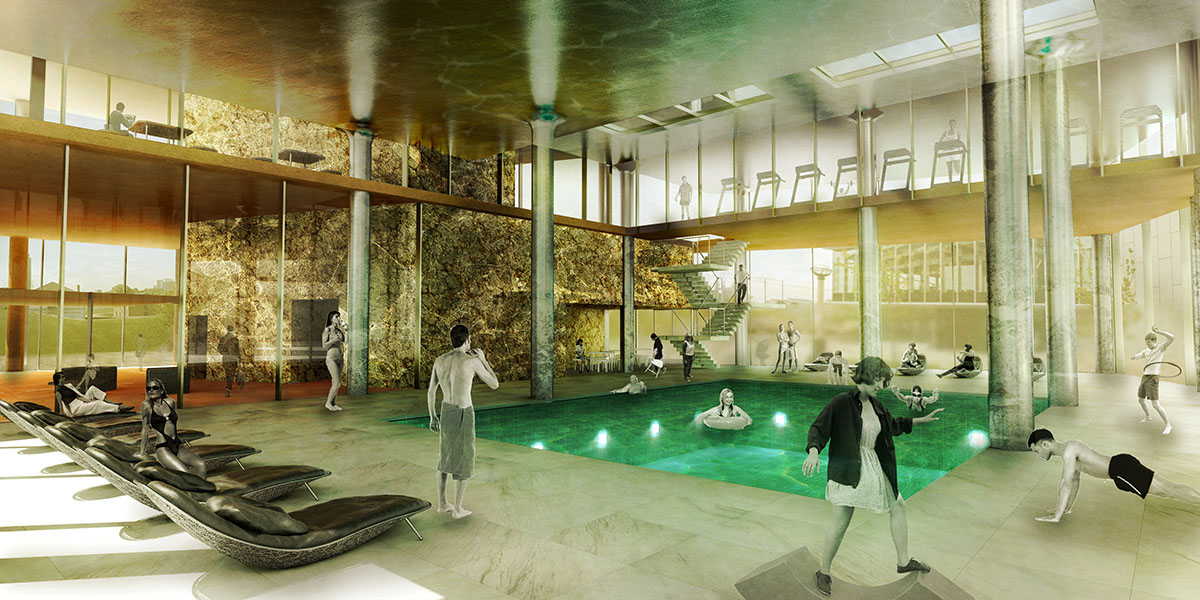 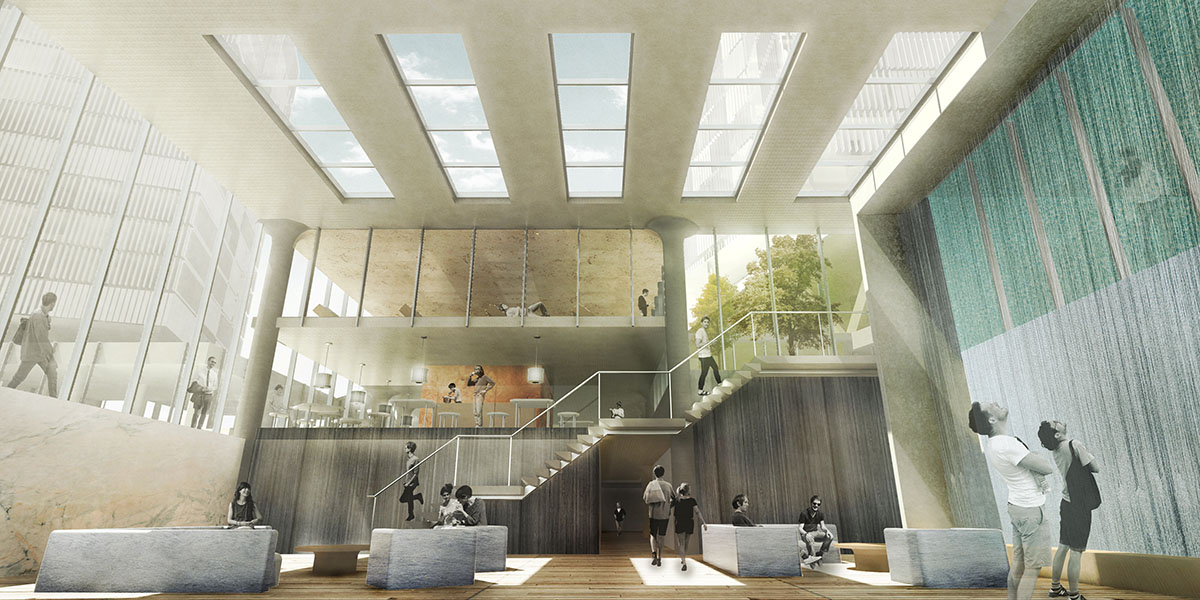 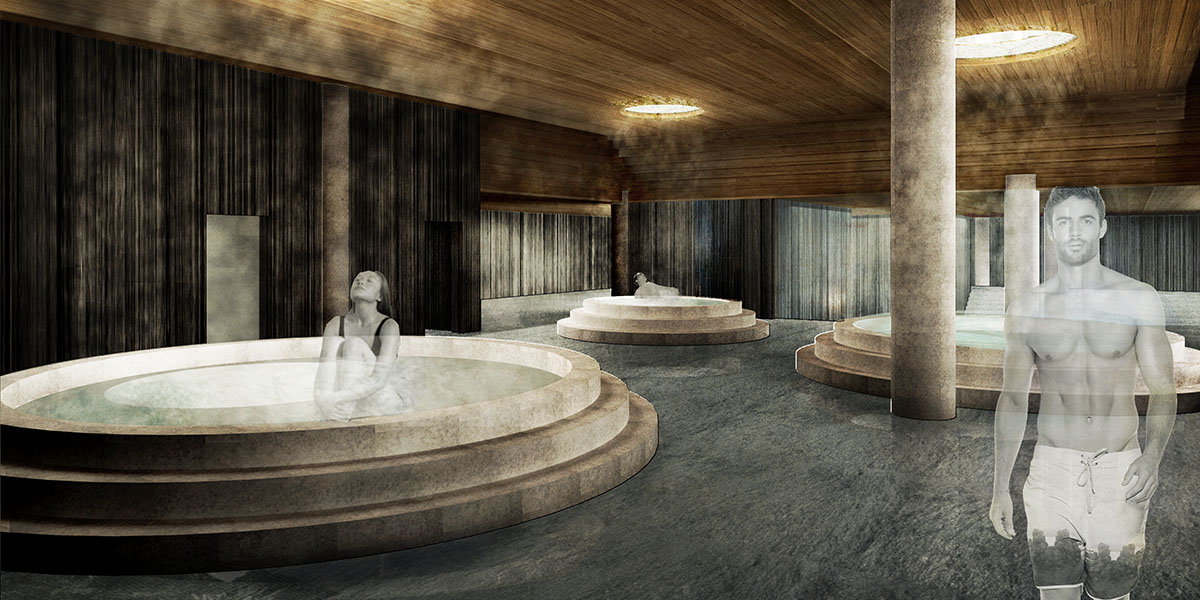 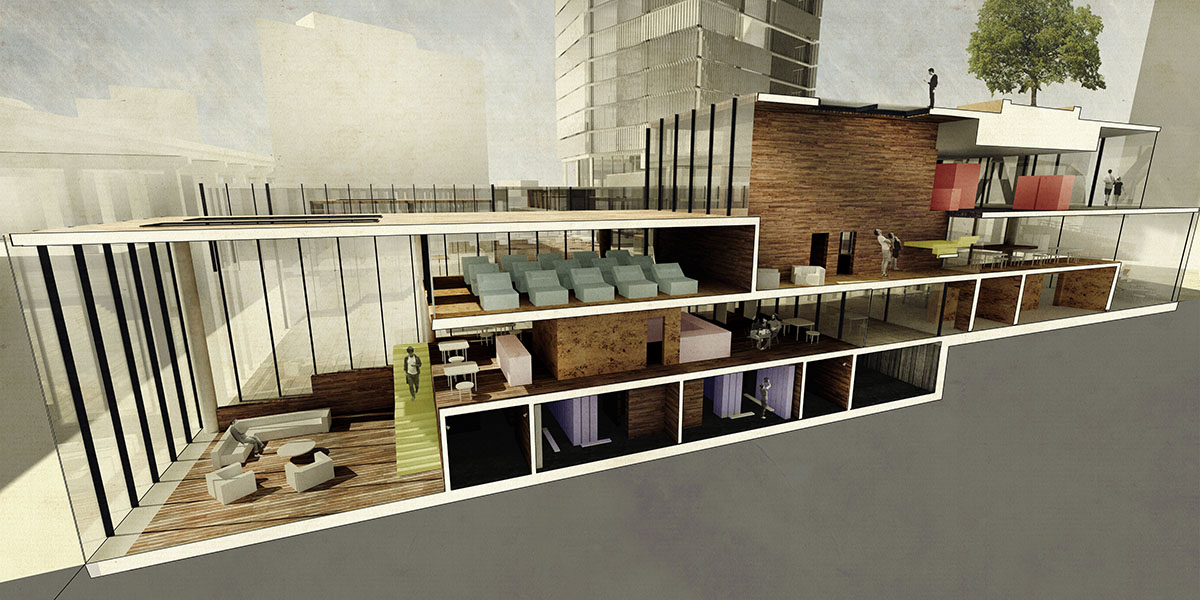