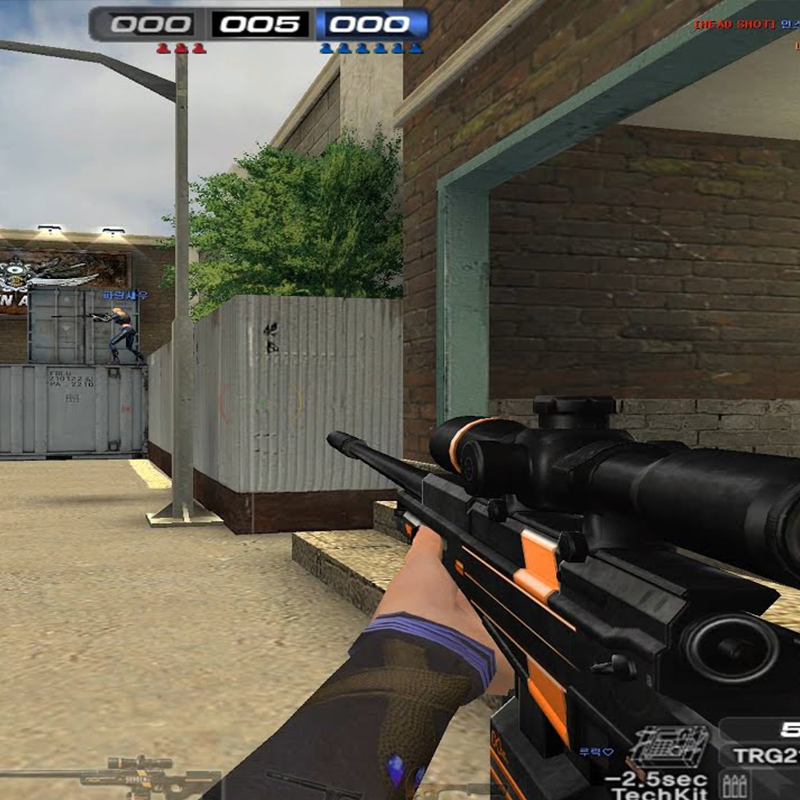 O2JAM merges the model of typewriting games and rhythm games. I personally felt very much like learning to play a piano, except the flow of melody is almost entirely separate from the key positions themselves. The level design of the keys was fairly intuitive enough to avoid entanglement of fingers that could potentially agitate the players. The game was successful in engaging the young audience since it actively put out the latest songs on the music charts. Since they were songs that people related to at a deeper level, it gave them more incentive to play and master the entire song.

Many people say the game is a complete ripoff of MarioKart. I disagree. The game incorporates many mechanics that builds on top of the famous game, such as incorporating a booster gauge that the player can accumulate through drifting. Beyond the necessity of the environment, this incentivizes the players to actively employ the mechanic for a chance to come out ahead with a booster.

There is so much to say about this game that I’m afraid I’ll end up writing an essay on it, but here it goes. At the high level of design, the game is intriguing in that it offers two experiences very different from each other, one in Link’s childhood and the other in his adulthood. The atmosphere of the game totally changes, almost as if the entire game have matured over time. Otherwise, majority of gameplay mechanics, and different worlds that each skill corresponds to, offers a world of experiences that gives the players an impression that they gone through a hero’s journey. One caveat I have with the game is the combat system, more specifically the lock-on mechanic. Although I understand its necessity, I think it draws the player out of the game and raises the awareness that it is a game. I don’t know the answer, but I wish there could have been an alternative way to tackle the problem of combat in the 3D space.

I remember feeling an underlying sense of uneasiness as I played through Majora’s Mask. This is perhaps due to the countdown that constantly pops up throughout the game, reminding the player of the imminence of an incoming disaster. The player can also visually see this in the creepy Moon slowly descending on the earth, getting larger and larger in the sky. In addition, the creepiness of the masks added to this feeling of mental discomfort throughout the game.

Instead of playing volleyball with your hands, how about with your feet? It is interesting that due to this simple change in rule, the game becomes totally different; the players have to be spaced farther apart as the body movements of the players becomes larger, and ultimately more difficult to aim. It is a very popular form of physical sports in Korea, even among adults.

The array of skills and combos the player can conjure up was the most appealing aspect of the gameplay experience. Also, the game recycled its campaign maps through several tiers of difficulty, making the same map feel different due to the changes in enemy strength and quantity. The collection of weapons and armours also made an interesting appeal, where you are classified as an “elite” if you had put on a set of prestigious equipments.

The game was very engaging with its Asian, more specifically Chinese, theme. The characters, classes, objects, and even the environments were meticulously designed to evoke the feeling of being a martial arts master.

The most interesting about the game, at least for me, was the mechanic class, which had the ability to summon and control a robot like Gundam. Unfortunately, one flaw I found with the game was that the PvP system was entirely unrestricted outside the bounds of the towns, so I would often get frustrated from being constantly killed on the field. Also, for some reason, I was very preoccupied with the task of collecting crystals and selling them in-game currency, there is just this satisfaction that comes from being “rich” in the virtual world

I used to play a LOT of Poker during idle class times, and became very good at it as a result. I also learned how to watch others behaviours during the gameplay, and extrapolate assumptions about their current hands. In a sense, I guess this taught me how to keep my composure in front of others, a valuable social skill that is necessary in our world of conflict.

The main mechanic of switching between the wolf-mode and the human-mode was very interesting in that it allowed the players to experience the same world differently. The smell-tracing ability of the wolf Link was in fact unique to the franchise, and led to a rather different experience of the environment. Also, I think the level design was successful in gating certain parts of the open world that went alongside its narrative.

I owned a trampoline when I was young, and a big one too. We played this game where the main objective is to dodge the soccer balls on the trampoline as the players and it bounced around. I think it was particularly entertaining as the direction that the ball took was highly unpredictable, hence requiring that players respond quickly. Also, depending on the position of the ball, the players would have to make certain poses midair to dodge it, and this was very entertaining to watch at times.

Growing up in Canada, I used to play street hockey with my neighbours and friends (in fact the scar slightly north of my right eyelid testifies this). As opposed to ice hockey, street hockey uses tennisballs as pucks, as it allows the ball to roll around. As I practiced more and more, I was fascinated with the role of the goal tender, with various poses that cater to different incoming trajectory of the ball. I found it clever that the dominant hand usually hold the goalie stick (which requires a lot of strength and precise control), whereas the secondary hand is usually used to hold the glove (which requires simple grabbing). The legs also provide room for various movements depending on which direction the ball is intended to be deflected. Ultimately, the combination of these results in a variety of defensive poses.

I don’t remember much specifics regarding the game, just that it was an mmorpg very similar to the Ruler of the Land.

Perhaps one of my all time favourite fps game, SuddenAttack takes many clever design decision from CounterStrike, but builds upon it to make the process of mastering the shooting mechanic even more challenging. As an example, the sniper rilfe (TRG-21) was extremely gratifying due to its single shot killing damage, so the players discovered numerous micro techniques to make the sniping gameplay much more fast paced. In combination with aiming and response time, the skills that were demanded of snipers was extremely high (they must be able to kill an enemy within a split second of seeing them). Also, the clan wars brought an another dimension to collective competition that ultimately became the core experience of the game.

The angle-aiming mechanic of the game gives the player a sense of high level of mastery beyond just holding down the space bar. What was commonly seen was that most people preferred to either 1) shoot at a nearby target with a low angle with the highest power, or 2) shoot at an incredibly high (80~85 degrees) angle with the highest power. Either scenario indicates that there is a tendency for players to seek massive explosions.

I was very much into card games at one point, and I played BlackJack because it was simple yet gave a feeling of “adultness” that many teenagers often desire. I found it interesting in how the game forces the players to weigh the consequences of ambition and caution, a decision which they make themselves. This way, the player does not necessarily feel unfair if the cards drawn is not in their favor, since it was he/she who initiated the action in the first place.

I often played this game in gradeschool and highschool during school recess time. Most of the time I would volunteer to be a cop, as I enjoyed the role of chasing down the robbers and protecting the precious object. As it is with many other outdoor activities, this is better played in areas where there are visual obstacles, such as forests, as an open field might make the robbers’ approach all to obvious and hence make the game dynamics lopsided.

A two person competitive game where you calculate the number of fingers you have unfolded (the hand dies once all fingers are unfolded on that hand). It is very much built on basic arithmetics of subtraction and addition. What makes it appealing is that the interaction between the players is very physical, tapping each others’ fingers. However, like Tic Tac Toe, there is a definitive way to win, as long as one starts off first, and this significantly reduces the replayability of the game.

The video game encompasses both competitive and collaborative puzzles that are well designed and balanced to give a sense of feeling smart as well as supremacy over other players. However, as in many other games on this list, social aspect adds a lot more depth to the player experience, where the game itself becomes almost secondary to the casual chitchatting between players that in itself becomes entertainment. Also, the game incorporates a record system for wins/losses as well as in-game currency with which you can buy avatar decorations, adding further incentive to repeatedly play the same assortment of games over and over.

Having not owned an Xbox 360 myself, unfortunately I have not yet much time playing the game, just once at a friend’s place.

Taking inspiration from DDR, Guitar Hero gives the players an illusion that they are actually “playing” the current song with the plastic toy guitar that they are holding. This goes to show the extend to which an experience that sates the common desires of target audience have influence over the appreciation of the game. The star mode goes on furher to reinforce this notion, hitting the insane notes of a guitar solo like a true rockstar.

As the title suggests, the game uses simple elements of moving obstacles to carefully craft levels that are seemingly impossible to beat. However, the main key to mastering the level design is to see beyond the visual complexity and identify the recurring pattern of obstacles. Hence the game uniquely combines a careful observation skills with dexterous keyboard controls. Due to its magnitude of difficulty, the player feels gratified upon completion of each level, however it is more likely that he/she will become frequently frustrated up until that point. Patience is key, my friend.

Usually played indoors, lasertag is one of those real life first person shooter where you shoot the suit of your opponent to gain kill points. However, without a set amount of obstacles, it would just be an open battle between bloodthirsty teeangers, hence level design becomes an extremely important component of the game design. Fragmenting a big open warehouse space into pockets of alleyways and smaller rooms offers the players various strategies throughout the gameplay. Of course, there are always those “campers” that just stays in one place, usually well hidden from plain sight, that assasinates every oblivious passerbys. Ugh, how much do I hate them.

A draw-and-guess video game. Nothing special, however the social component of playing with complete strangers and/or friends makes the experience feel engaging.